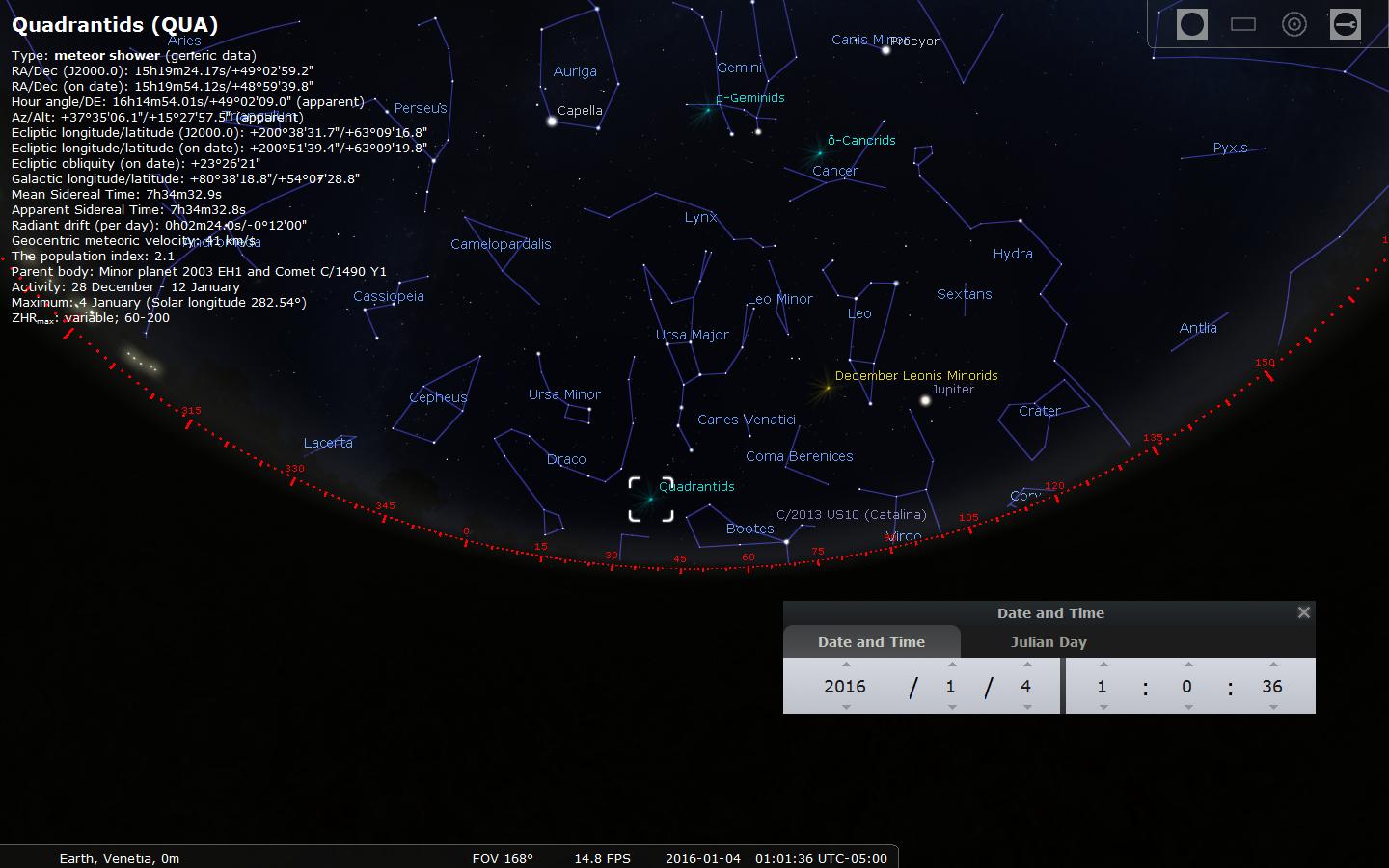 As indicated in Accuweather’s  the national weather map thumbnail below for Sunday Dusk through Monday Dawn Pittsburgh local weather is hindered by partial clouds however much of the country in a wide band from Texas through southeastern Pennsylvania and beyond anticipates good viewing.

AAAP’s Weather Resources indicate those in the Northern and Eastern Greater Pittsburgh Area may have an ideal clear sky opportunity on either side of Midnight.  Considering Pittsburgh weather it can vary.   If you cannot watch the Quadrantid meteors live you can see them with the Slooh Space Camera and with Ustream . The NASA Ustream channel includes a lively commentary by NASA scientists.

In ideal conditions the Quandrantids can yield counts as high as 100 per hour rivaling the Perseids and Geminids. In 2009 and 2013 counts surpassed expectations at 146, 137 respectively. The name comes from Quadrans Muralis, a former constellation created in 1795 by the French astronomer Jérôme Lalande that is now part of Boötes. 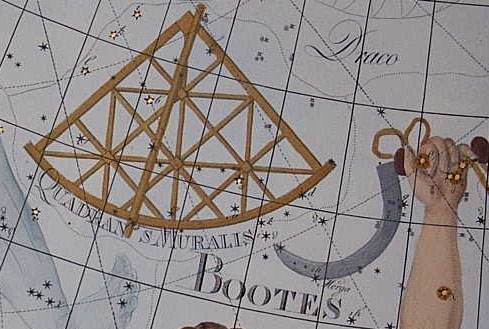 Peter Jenniskens is quoted as saying “2003 EH_1 (cf. MPEC 2003-E27) would seem to be a very strong candidate for the parent of the Quadrantid meteoroid stream. The exact story behind the Quadrantid Meteor Shower remains unclear. So much more is yet to be discovered! 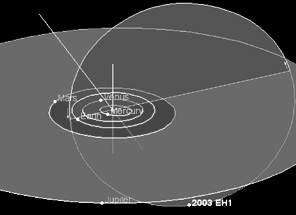