You are here: Home / About the AAAP 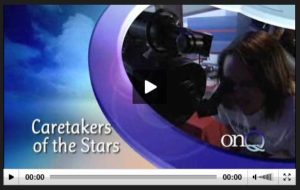 The Amateur Astronomers Association of Pittsburgh, Inc. (AAAP) has promoted popular astronomy in western Pennsylvania for over eighty five years. With over 300 members, it is one of the larger astronomy clubs in the nation.

Our monthly meetings are held from September through May and are open to the public. (See the current calendar for time and place.) Each meeting includes a featured speaker; upcoming celestial events such as meteor showers, comets, occultations, and rare planetary alignments; and observations and techniques so that all members may benefit from the experiences. Past speakers have presented topics including meteorite hunting in Antarctica, cosmological modeling using supercomputers, and astrophotography with exotic equipment such as dry-ice cameras.

Association members have been involved in many projects in both the astronomical and general communities. Some of our accomplishments include the following:

Education of the general public in the science and hobby of astronomy has always been a prime focus of the AAAP. Through public Star Parties at the Wagman Observatory and at Mingo Creek Park Observatory, lectures at area bookstores and nature centers, and scheduled classes; AAAP members spread the word about the fascinating and inspiring wonders in the nighttime sky.

The Amateur Astronomers Association of Pittsburgh is working with the Disabled Veterans Astronomy Project to establish an amateur astronomy observatory and amateur astronomy club at the Pittsburgh VA Hospital in Aspinwall, consulting on design, technical assistance and training. Veterans at the VA Hospital, Aspinwal will be able to use their telescope from an accessible observatory on the grounds or remotely from a laptop or tablet. Hospitalized veteran participants will have image processing to create astroimages from laptops and tablets and be able to hold astronomy events for their fellow hospitalized veterans onsite.  Additionally,veterans from the Aspinwal VA Hospital will be transported to AAAP’s Wafman and Mingo Observatories.

Many members of the AAAP are experienced observers and telescope makers. AAAP’ers contribute articles to magazines and several have written astronomy books. Our members are interviewed by the local news media during unusual celestial events, and teach adult education courses in astronomy. Many staff members of Allegheny Observatory, Carnegie Science Center and the science departments of district universities are members of the Association. Several AAAP members have notable discoveries to their credit, and the Association is proud to have one of the largest number of Messier Certificates in the country (awarded for observing a large and diverse number of distant celestial objects), a clear sign of our members’ skill at the telescope. And the influence of the AAAP extends into the solar system: several members have asteroids named for them! (#3110 Wagman, #3865 Lindbloom, #4177 Kohman, #8131 Scanlon, #10320 Reiland, #38203 Sanner, #63305 Kepple)