This year’s Orionids will probably peak on the morning of October 21 or 22, 2015.  You might ask why is the date not definite. That is part of the fun in watching meteors.  They are unpredictable. Sometimes there can be quite a surprise should Earth’s path cross a particularly heavy patch of comet dust trail. The Orionid meteors are debris from Comet Halley’s travels into the Inner Solar System on its path around the Sun. Annually some of this debris is captured by Earth’s gravity and it falls through the Earth’s atmosphere burning brightly from the heat of friction with air molecules. END_OF_DOCUMENT_TOKEN_TO_BE_REPLACED 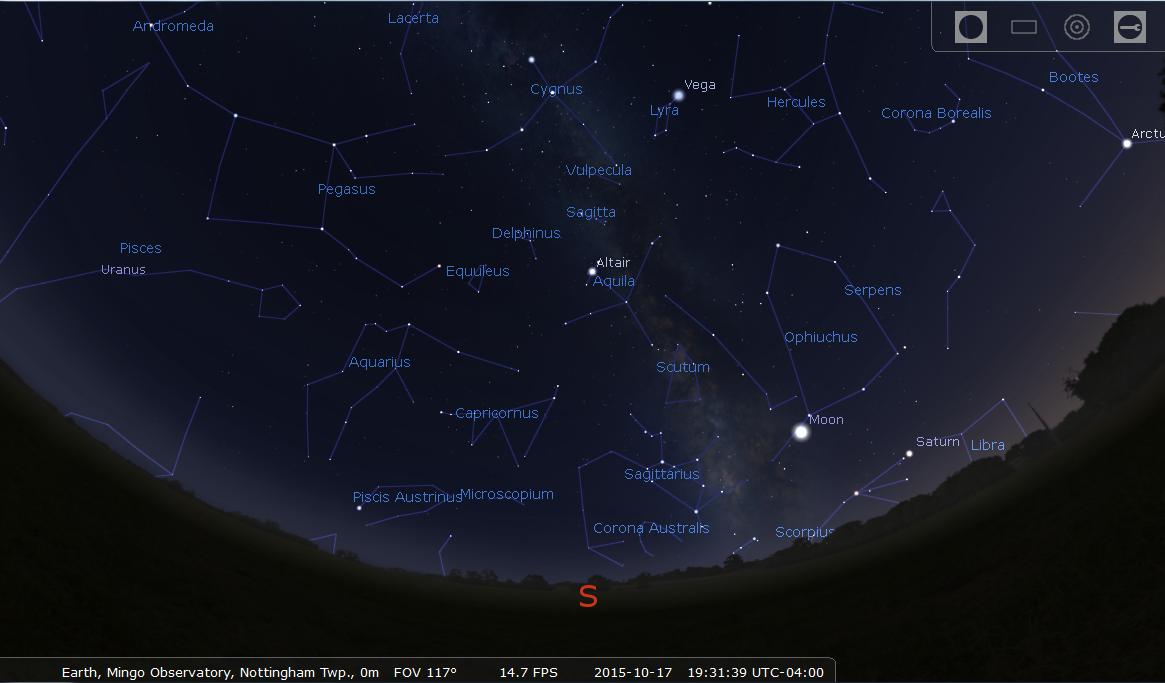 The members of the Amateur Astronomers Association of Pittsburgh invite the public to Mingo Observatory and Wagman Observatory, Saturday, October 17, 2015. Get to know the Autumn Sky under a large (30% illumination) waxing crescent Moon. END_OF_DOCUMENT_TOKEN_TO_BE_REPLACED

Amateur Astronomers Association Monthly Meetings will meet 7:30 PM, Friday, October 9, 2015 at the Science Stage, Carnegie Science Center, One Allegheny Ave.Pittsburgh, PA 15212  promptly at 7:30 pm. The parking fee is $5 at the inside lobby kiosk. It is recommended to enter and exit through the same gate.